The Truth About Decaf Coffee: What’s Inside?

Coffee Geek Lab / The Truth About Decaf Coffee: What’s Inside?

If you love coffee as much as I do, you might sometimes find yourself jittery and too… excited.

Yes, too much coffee can do something weird to us.

Thankfully, there’s always decaf! It comes in handy when you’ve already reached your caffeine limits but still want to enjoy your favorite beverage. Decaf is also a savior for those who are too sensitive to caffeine.

But is it all we need to know about decaf coffee? Or is there something else?

Today, we are going to find out what decaf really is and how much caffeine it contains. Let’s dive right in! 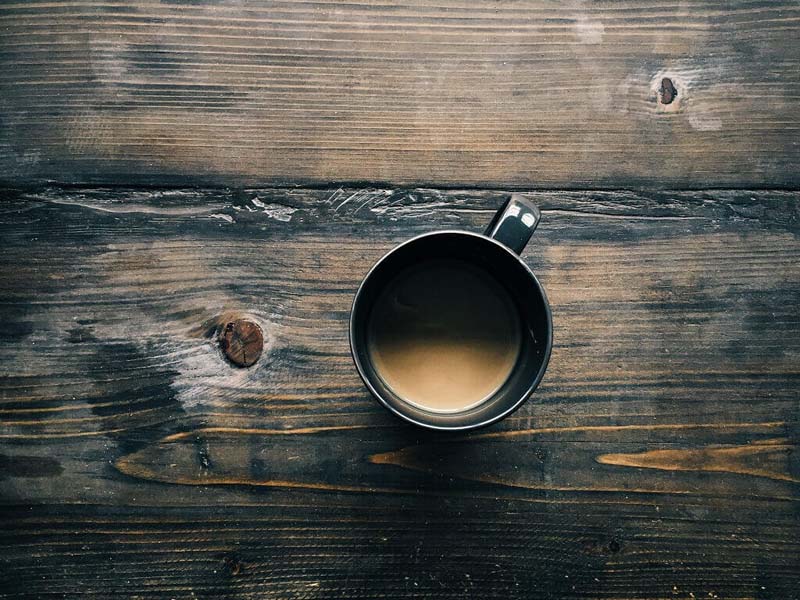 Caffeine in coffee has a lot of great properties. It can keep us awake when we need it, help us remain energized during the day, and even boost our mood and performance. However, it can also cause some unpleasant side effects, especially in people who are naturally sensitive to caffeine. These symptoms include tremor, anxiety, insomnia, etc. And that’s when decaf coffee can save the day.

Don’t worry, though: Decaffeinated coffee contains really small amounts of caffeine, so it will not affect you the way regular coffee does. In fact, it won’t affect you at all. Now, you may be wondering, “How is decaf coffee made?” Well, these days, there are 4 main ways: Here’s the kicker: The decaffeination process is extremely complex. You see, while we need to get rid of the caffeine, we want to preserve that rich chemical composition of the beans.

The older decaffeination processes involved solvents that were potentially dangerous. For instance, benzene, dichloromethane, and even chloroform were used, each of which is very toxic. These days, we are fixed on ethyl acetate and methylene chloride. They might not be organic but are safe for our health.

How Much Caffeine Is In Decaf Coffee?

Now when you know that decaf does not mean 100% caffeine-free, you might be wondering what exactly is hiding in your cup.

How much caffeine is in decaf coffee?

You see, the quantity of caffeine depends on different factors, including brand, bean type, roast strength, size of your beverage, etc. However, on average, there will be around 2-7 mg in your cup. Just to compare, regular coffee contains around 70-140 mg of caffeine depending on beverage type and cup size. So, clearly, decaf means a minimal amount of caffeine.

When it comes to making coffee beans decaf, the biggest challenge is to get rid of caffeine while preserving all the coffee chemicals in their original state and concentration. These chemicals are what gives coffee its unique flavor and aroma. And because coffee beans contain around a thousand different chemicals, the process is extremely complex.

If you are really serious about your caffeine consumption, consider the average numbers among the most popular brands in America:

When it comes to decaf vs. regular coffee, the former is often considered trash simply because people believe it lacks flavor. I personally disagree with that. That’s why I performed a little experiment, which will hopefully help me prove that there are many good-tasting decaf coffee beverages.

So, here’s what I did in brief:

I went out and bought some of the most popular decaf coffee brands. Then I brewed them all using the same method. Basically, I made drip coffee, which is the most popular brewing method among Americans these days (and we love drip coffee here in our office). Finally, I gathered my colleagues and offered them to do a blind test to define which coffee was decaf and which was regular (although you and I both know that all of them were decaf).

Now, let’s look at the results considering each brand one by one:

As you can see, people seem to have some bias against decaf, suggesting that if coffee tastes good – it must be regular, and if it tastes bad – it’s definitely decaf. But this blind test shows it’s a fallacy that decaf coffee is gross. There are several great decaf coffee brands that are definitely worth trying. And this only proves that decaf does not necessarily mean bad flavor.

When it comes to decaf vs. regular coffee, which one do you prefer? What are your favorite brands? Let us know in the comment section down below!