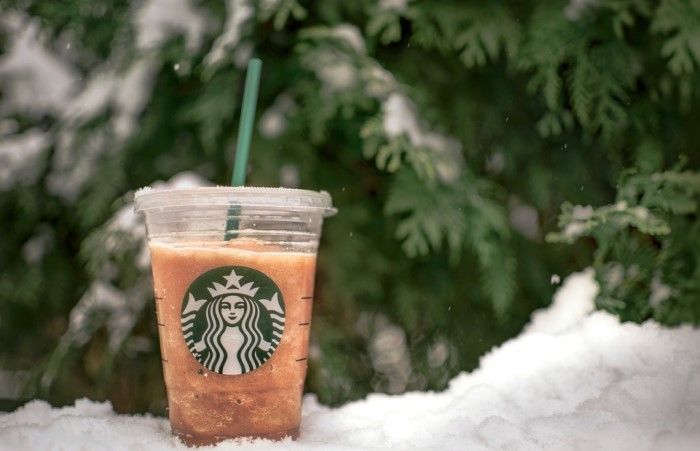 In the modern world, getting daily caffeine intake is one of the most important things we do to keep ourselves energetic and focused on work. Sometimes, we need to take some quick caffeine boost, and energy drinks aren’t exactly the best solutions. Starbucks, everyone’s favorite coffee company has already thought of adding some strong, caffeine-rich items on their menu. With that, we will be exploring a list of the strongest Starbucks drinks along with their caffeine content and more details.

We have chosen these items from the Starbucks menu by jotting down the exact caffeine content of every drink in every cup size. You might ask how different cup sizes of a drink would drastically change the caffeine content, even though sometimes the number of espresso shots are the same in two different cup sizes. Obviously, the sizes mentioned below are the biggest available Starbucks cup sizes for each of the drinks mentioned.

One thing to keep in mind is that you could always order several shots of espresso. However, that would still not be more caffeinated than the strongest coffee at Starbucks. ‘Quad’ is the Starbucks name for 4 shots of espresso, which contains 300 mg of caffeine. As you can see on the official website, as well, this is the largest espresso size that you can get at Starbucks. [1]

If you are having trouble understanding how much energy these caffeine contents would give you, you can remember that each espresso shot has around 75 mg of caffeine and the same goes for each can of Red Bull. So, for example, the Quad size Espresso is equal to 4 cans of Red Bull, and the last item on our list gives you the same amount of energy as about 2.3 cans of Red Bull. Sounds like a lot, doesn’t it?

This is considered the least caffeinated drink on our list. Most of the lattes are not really that caffeinated with respect to the items here. This is because a grande latte at Starbucks has 150 mg of caffeine in it. However, this Starbucks Blonde Roast coffee has way more than just normal espresso roast. They mix it with steamed milk and vanilla syrup, and there you have 170 mg of caffeine in a tasty cup of coffee.

Most of the Frappuccinos don’t have that much caffeine in them, and this drink is really the only Frappuccino on this list with high caffeine content. Unlike the other Frappuccinos at Starbucks, this drink has 1 shot of espresso mixed with milk and blended with ice. The venti size of this drink has 185 mg of caffeine, and I cannot think of a better Frappe to boost your day. This drink almost has the same amount of caffeine as a whole 96-ounce Starbucks Coffee Traveler with Blonde Roast. Come to think of it, that is a lot. Keep in mind, however, that you can add shots of espresso to different Frappes, and some of them would still taste good.

The venti size of this fantastic Caramel Macchiato has 225 mg of caffeine, due to having 4 shots of espresso in it. It is interesting that even with so much espresso, it is still one of the sweetest drinks at Starbucks. They make it by simply adding espresso and vanilla syrup to milk and blending it with ice. After that they just pour some caramel drizzle on it. This cold drink has 75 mg of caffeine or one shot of espresso more than the hot version of it.

This is one of the most rewarding cups of coffee at Starbucks. It’s because, even though this coffee has 4 shots of espresso as a venti size, the Starbucks Reserve roast has less caffeine content in every shot, so it basically is equal to 3 normal espresso shots. It is the exact opposite of the Starbucks Blonde roast. Overall, this chocolate-y cup of coffee has 265 mg of caffeine with a great mocha flavor to it, making it sweet, as well.

This cold cup of coffee has 3 shots of espresso mixed with mocha sauce. They also blend it with milk and ice and top it with sweetened whipped cream. As mentioned in the previous item, the 4 shots of Starbucks Reserve has the same caffeine content as 3 normal roasts. That is why this drink also has 265 mg of caffeine in it. If you are looking for a bittersweet chocolate taste, this is one the best Starbucks drinks for energy.

This cold drink is your classic Starbucks pour-over coffee but with ice. They make it the same way, except they pour the filtered coffee on ice and then add 7 pumps of syrup to it. The biggest size for this iced coffee is the trenta cup size, which gives you that quick caffeine fix. Even though it is 30 ounces of coffee, you will be getting 280 mg of caffeine, which is pretty huge. But don’t worry, it will not be bitter, due to the high amount of added sugar.

This nitro drink is in many ways similar to beer. They infuse it with nitrogen while making the cold brew, and that makes it feel sweeter than it should. This drink is only available in a Grande size, with 280 mg of caffeine. You can always spot the small bubbles cascading inside the cup when pouring it from a tap. On the surface of the drink, you can see the cream-colored foam made from nitrogen bubbles, making the drink even colder.

This Nitro cold brew is a little bit more caffeinated even though it is served in a Grande cup as the largest available size. The caffeine content for this Starbucks Nitro cold brew sweetened with honey and almond milk is 290 mg. This drink has an even thicker foam on the top in the form of almond milk. Imagine that sweet nutty flavor with the natural sweetness of cold brew, giving you the perfect kick in only 16 ounces of a drink.

What is quicker and simpler than espresso for a caffeine fix? Now, if you want more caffeine out of your drink, what’s better than more espresso? With this option of Quad size espresso, you will be getting not the strongest coffee at Starbucks, but one of the strongest and simplest choices there. 4 shots of espresso means 300 mg of caffeine, and that is just the normal roast. If you go for a Blonde Roast, you will be getting even 40 mg more.

Iced Caffe Americano is basically 4 shots of espresso mixed with cold water up to 24 ounces. This will create a cream foam on the top, and then, they pour ice over it, making it a gorgeous but rich cup of coffee. Pay attention that this drink has the same amount of caffeine as a Quad sized espresso, 300 mg. However, the espresso option is only 3 ounces of a drink and the Iced Caffe Americano is 24 ounces. So if you prefer to drink more, you can choose this option.

This cold brew drink is available as a trenta cup with 320 mg of caffeine, and 4 added pumps of vanilla syrup. But that is not all. They will add more vanilla sweet cream on top with ice. It doesn’t make the drink that sweet, but you won’t be feeling too bitter, either. If you are okay with 30 ounces of this drink just to give you a little bit more caffeine than the previous option, then go for it.

This is an absolutely vegan-friendly drink, as it has oat milk in it and no honey or any of that kind of sweetener. They make this drink by adding brown sugar and cinnamon to 4 shots of Blonde Roast Starbucks espresso. Then, they top it with oat milk and add ice. Even though it has only 4 shots of espresso, you should keep in mind that it is a Blonde Roast, the most caffeine-rich roast at Starbucks, hence 340 mg of caffeine.

This drink is the most caffeinated iced drink at Starbucks, made through 20 hours of process as a cold brew without being heated at all. This Starbucks cold brew is available as a trenta cup with 360 mg of caffeine. So, if you were looking for the most caffeinated iced drink at Starbucks, forget the previous iced drinks and go for this one. Except, of course, if you’re not okay with the huge size.

This drink takes its name from the first Starbucks store location. This is a super rich Latin American blend that accounts for one of the best Starbucks drinks for energy with 410 mg of caffeine in a venti cup. If you fancy an original Starbucks taste, this is for you. They serve it hot and fresh everyday, anywhere.

We have finally made it to the top of the list with the Blonde Roast coffee being the strongest Starbucks drink with 475 mg of caffeine. This filter coffee available in a venti size, as the largest cup for it, has a soft flavor due to the beans having been lightly roasted. You can customize it on your own and add milk, sugar and any number of pumps of syrup. Blonde Roast is definitely the richest Starbucks coffee and this full venti cup is simple perfection.

What Starbucks drink has the most caffeine?

The Blonde Roast Filter Coffee at Starbucks has the most caffeine with 475 miligrams.

Can you make the most caffeinated Starbucks drinks even stronger?

Yes, you can always ask for as many shots of coffee as you want to be added to your drink. However, take the healthy measurements related to your body seriously. Generally, an average person is advised not to take more than 400 mg a day, however, this measurement is dependent on each person. [2]

What is the strongest Roast at Starbucks?

The Blonde Roast is the strongest roast. As an example, 4 shots of normal roast has 300 mg of caffeine and 4 shots of Blonde roast has 340 mg.

What is the strongest Frappuccino at Starbucks?

The Espresso Frappuccino® Blended Beverage is the strongest Frappuccino since it has 185 mg of caffeine.

We have learned, in this article, that the simpler the coffee and the more concise the process of making the coffee, the stronger the coffee will turn out to be. Among all the drinks at Starbucks, a Blonde Roast Filter coffee in a venti cup is the strongest Starbucks drink. It might be too much for some people, but it is definitely the quickest caffeine boost in the entire Starbucks menu.

Thank you for reading this article, and hope you have gotten the answer to your question. Feel free to share your thoughts and experience with us in the comments.